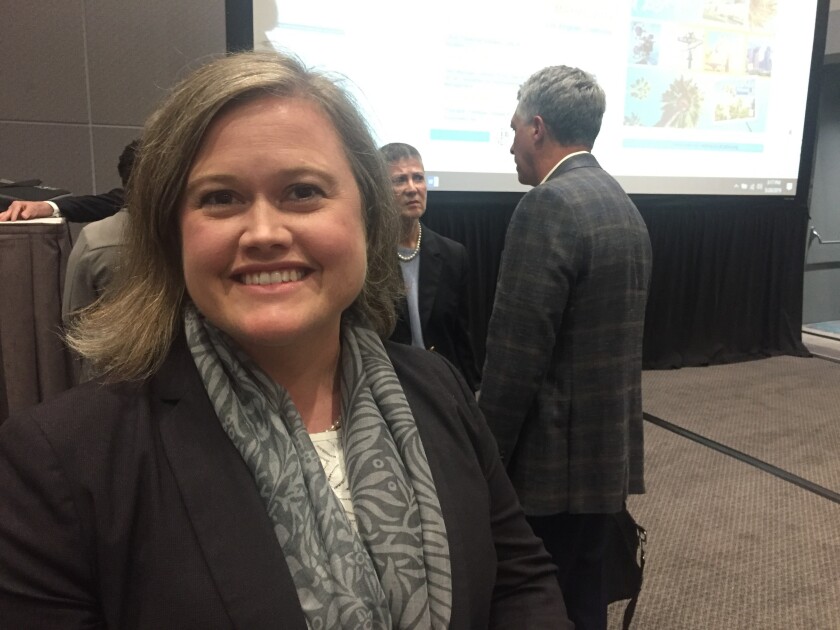 The Treasury is generously allowing all state and local jurisdictions to use an assumed 4.1% rate of growth in calculating their revenue shortfalls to qualify for federal aid under the American Rescue Plan.

But for faster growing communities there’s a problem with the Treasury interim rule in that it requires a calculation based on the calendar year instead of the fiscal year that for many ends June 30.

Emily Brock, director of the federal liaison center for the Government Finance Officers Association, said many of her organization’s members consider the 4.1% baseline to be generous.

But there have been complaints about the Treasury’s requirement for using the calendar year for making the calculation. Comments on the proposed rule are being accepted by Treasury through July 16.

GFOA on Monday released a members-only online revenue replacement calculator for local governments to use as a way of simplifying the process.

GFOA also has issued guiding principles for finance officers on how to use the federal aid.

“Finance officers play a critical role in advising elected leaders on the prudent spending of moneys received under ARPA,” the advisory said. “Finance officers are best positioned to help ensure the long-term value of investments and financial stability of its government using this one-time infusion of resources.”

As of Tuesday, the federal website Regulations.gov listed 96 written comments on the proposed interim rule that will cover how the federal aid is dispersed through Dec. 31, 2024.

That’s how long Congress has given state and local governments to spend the $350 billion in State and Local Fiscal Recovery Funds.

Congress has specified some prohibited uses such as using the money to shore-up underfunded pension plans.

The Treasury has been left to define what that means.

Many of the inquiries have come in conference calls and on video webinars with Biden administration officials with state and local groups such as the National Association of Counties.

During one video conference last month with NACo, the general requirements for applying for the money were explained by Jacob Leibenluft, counselor to Treasury Secretary Janet Yellen, and Lukas McGowan, a senior advisor with the White House Office of Intergovernmental Affairs.

Leibenluft of Treasury told the participants how a prohibited pension contribution is defined. “For the interim final rule, we’ve defined a deposit as an extraordinary contribution into a pension fund for the purpose of reducing an accrued uninvited unfunded liability,” he said. “Recipients may use funds for routine payroll contributions to pensions of employees.”

Brock of GFOA said the other inquiries about the Treasury rule involve specifics as to what qualifies as broadband infrastructure such as meter reading and residential hookups.

Another issue is whether communities can use the federal funds to repay short-term debt they incurred last year because of the pandemic. Some local governments have dedicated lodging and convention taxes that were hard-hit by the pandemic and needed to float short-term debt to make up the shortfall.

“There are restrictions in the interim final rule on using funds directly for debt service, legal settlements or judgments or as deposits to rainy day funds or financial reserves,” Leibenluft of Treasury said at the NACo briefing.

Brock said there are ongoing talks, however, about the eligibility of short-term debt repayment.

The National Association of State Budget Officers reported last week that the proposed uses for the federal aid have ranged from tourism revitalization in Alaska to Kentucky’s plan to repay the federal unemployment insurance trust fund.

Louisiana’s plan is to use $400 million for infrastructure in addition to another $400 million to replenish the unemployment insurance trust fund.