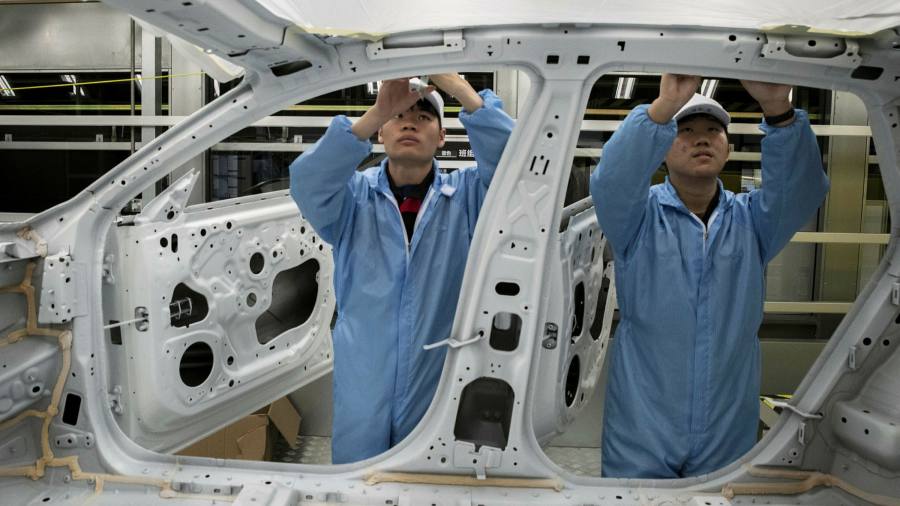 The price of goods leaving China’s factories has risen at its fastest pace since the global financial crisis, piling pressure on the country’s leaders as they grapple with a commodities rally.

China’s producer price index added 9 per cent in May, data from the National Bureau of Statistics showed on Wednesday, its biggest year-on-year increase since September 2008 and higher than economists’ forecasts.

The index has been rising sharply in recent months — gaining 6.8 per cent in April — helped by a low base effect after being in negative territory for most of last year.

The cost of raw materials, which form a core part of China’s PPI, rose sharply last month. NBS data showed that prices in the ferrous metal smelting industry rose 38 per cent year on year, while those for coal mining added 30 per cent.

China’s strong industrial recovery has stoked the rally in commodities but as costs rise, profits are at risk of being squeezed.

The Chinese government’s economic planning agency last month warned of “excessive speculation” in commodity markets and said it would crack down on monopolies and false information. Iron ore, which in May hit its highest level ever, tumbled on the news.

The government has also emphasised the need to prevent spillover into consumer prices, which remain low and have been driven by volatility in pork prices over the past year. Economists have said that high costs will instead squeeze business margins, especially for those selling directly to consumers.

Consumer prices rose 1.3 per cent in May, the most since September last year, but fell 0.2 per cent month on month, the NBS said.

IRS takes no action in the latest reported bond audit
Invitation Homes CEO says he’s not worried about a housing bubble despite price spikes. Here’s why
Not sure if the bulls are back? Here’s how the golden cross spots trend reversals
Financial advisors shrug off Fed’s inflation, interest rate forecasts
EU and US poised to resolve Airbus-Boeing trade dispute after 17 years